A coalition of various river and sea groups, including canoeists, surfers and environmental activists, has come together and launched a campaign called #EndSewagePollution, with the aim being to bring in targets for water suppliers to reduce sewage discharges into the UK’s rivers and coastal waters.

A coalition of various river and sea groups, including canoeists, surfers and environmental activists, has come together and launched a campaign called #EndSewagePollution, with the aim being to bring in targets for water suppliers to reduce sewage discharges into the UK’s rivers and coastal waters. 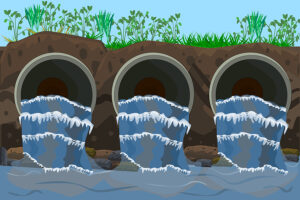 According to the Guardian, a petition is set to be delivered to environment secretary, George Eustice, in October, with the coalition – which includes London Waterkeeper, the Rivers Trust, the Angling Trust and British Canoeing – keen to see discharges reduced to zero by 2030.

This comes after research revealed that all rivers in England failed to meet quality tests for pollution, with no improvement in such waterways since 2016 – despite the fact that the government promised that 75 percent of rivers would be rated good by 2027.

Chief executive of Surfers Against Sewage, Hugo Tagholm, said of the situation: “This is simply unacceptable and it’s time for the continued pollution of rivers and the ocean to stop.

“We demand government set legally binding targets for an end to sewage discharges which will see a strong framework set to hold water companies to account. We need polluters to pay with fines that reflect the scale of damage pollution causes to both fragile inland and coastal ecosystems and human health.”

CEO of the Rivers Trust, Mark Lloyd, made further comments, observing that sewage pollution is incredibly damaging to our rivers and a conversation is now necessary on a national scale regarding how change can be pushed through. He proposed solutions, such as investing sums equivalent to the cost of HS2 to modernise the country’s sewerage and drainage system, or enforcing regulations on pollution from all sectors of industry.

It’s becoming increasingly important for businesses of all shapes and sizes to prioritise eco-friendly initiatives, especially where water is concerned, as this particular resource is not as resilient as you may think and the UK’s supplies are, in fact, facing serious threat from pollution, certainly, but also from climate change, a growing population and extreme weather events.

Familiarising yourself with your water supplier’s environmental policies could be a good move if you’re keen to give your own green credentials a boost right across your entire supply chain.

As a company in England, you are now able to change business water supplier if you think you need to find one that more closely aligns with your own particular set of values. And, of course, there are all sorts of other benefits associated with moving to a different supplier, whether that’s more accurate billing and better customer service, or finding a water retailer that has more experience in serving and working with organisations in your industry or with your specific operational needs.

If you’d like to find out how to switch water supplier, and whether you’re eligible to do so, get in touch with the team at SwitchWaterSupplier.com today.

How To Switch Business Water Supplier

Any cookies that may not be particularly necessary for the website to function and is used specifically to collect user personal data via analytics, ads, other embedded contents are termed as non-necessary cookies. It is mandatory to procure user consent prior to running these cookies on your website.